Happy to mix and master this song for my friends Desorden Publico:

Welcome 2020. Good health, prosperity for all and good music.

In these times of quarantine, I got this recording that I made in 2016 of the premiere of 2 unpublished works by maestro Aldemaro Romero with the Orquesta Sinfonica Juvenil de Chacao conducted  by Florentino Mendoza  in Venezuela, performed at the Chacao Cultural Complex. The audio mix was of my brother Rafael Rondon. I hope you enjoy it.

With the permission of my friends from @C4Trio I leave you this complete video so that you can enjoy the master Cheo Hurtado with the song La Siembra del Cuatro, recorded live, outdoors, in the city of Caracas at the location of “El Cerrito” or Villa Planchart, in this way we celebrate the International Day of Cuatro. I had a good challenge in a single shot of video and audio, making such a record of these talented musicians. The mix is from my brother @dariin5. Enjoy!

Happy with the release of this album by my brother Eric Chacon and Tony Succar with a fusion of Venezuelan, Peruvian music and a touch of contemporary jazz.
I hope you enjoy it. You can see the entire album on the Spotify channel

“Soledad”. An instrospective work where music, literature, moving image and sound design come together to create a unique experience. In a text by Hector Palma, Adolfo Herrera improvises a solo and incorporates the voice as one more instrument within the drums. “Soledad” is part of IRREPETIBLE, an album that will feature 10 improvised works on themes chosen by Adolfo Herrera that, developed by various writers, will serve as inspiration for Venezuelan musicians in collective improvisations. From solos to quintets, free but concentrated, spiritual, philosophical and abstract musical improvisation will seek to rediscover the listener with his own sensations and open his sensibility.

Completely recorded by me in the “Aula Magna” theater of the Universidad Central de Venezuela.

Happy for the release of this extraordinary album by Ana Paola accompanied by great musicians, in which I made the mixes and mastering of the album.

Happy for these nominations at the Latin Grammy 2020, in which I had the honor of recording, editing and mixing. Congratulations!

Listen to him in these links: 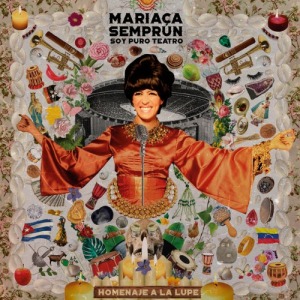 ELLA. Composed by Juan Carlos Torrealba and Henry Martínez, great musicians and best friends. Guillermo Carrasco recorded it in 2005 and lost it on a hard drive until it appeared. Mixed by myself and shared here for you. Thanks for listening.

Happy that the album of my dear friend Andrea Paola “Cantos de Miel y Romero” has come out for the enjoyment of all. Produced by my great brother Jorge Torres and with the participation of great musical brothers and special guests. Enjoy this video lyric

Miguel Siso brings up the song “El Cardenal” with the exalted Alexis Cardenas on violin, which will be in his next production that will be out soon.
Happy to participate in this production and with great guest musicians
Enjoy!

Happy for this start of a new year for my clients, brands, musicians, singers, engineers, colleagues and friends.
This 2019 we come with a lot of music, I hope to see you soon!

Excited by the release of this record by the excellent pianist Antonio Mazzei; this record was recorded live in the iconic Villa Planchart house “El Cerrito” in the city of Caracas, February 25, 2017.

Recording voice with talented vocalist Annaé Torrealba for next CD

Happy to mix and master “Tonada de Succar” with my brother Eric Chacon and the master Tonny Succar. Enjoy!

Happiness for my great friend Edward Ramirez for this video for Valentine’s Day.
Honor to mix and master. It’s for you.

Mixing and mastering for Miami Brass Quintet. Soon you can watch it on YouTube channel.

FOH and Recording to Miami Symphony Orchestra MISO at The Moore Building -Elastika- (Sleepover at The Museum).

FOH to Chyno Miranda in  Mexico – Mazatlán with 80th aniversary to Recodo Band.

FOH to Siudy Garrido Flamenco in Orlando at Dr. Phillips Center for the Perfomings Arts.

MISO at Moore Bldg. Celebrate “Mystery of Genius”  on the birthday of Albert Einstein. Genius100Visions.com

MISO at Arsht Center with 60′ Musical Journey with Rudy Perez and Friends. 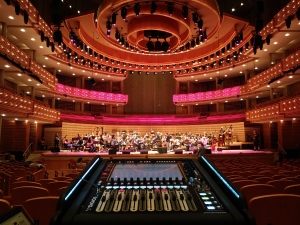 MISO in the Design District of  Miami in Palm Court with the special presentation of “El Puma” José Luis Rodríguez.

Excited by the theme “No se Puede” with the master Porfi Baloa and the gentleman Gilberto Santa Rosa, who had the luxury of recording with great friends musicians and engineers.

Happy to contribute to Edward Ramirez (cuatro player) and his guests in this video series. Here is a sample with Luna Hernandez, I hope you enjoy it.

I just mixed for Miami Brass Quintet “Round One”. Enjoy it

Excited by this pair of records that came out today where I had the fortune to record and mix. Go to digital platforms to enjoy:
.- C4 Trio + Luis Enrique.
.- Payasitas NiFu NiFa. 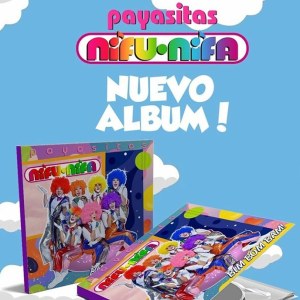 Excellent song that I had the joy of recording and mixing for C4 Trio with the great Ruben Blades. A great honor

Edward Ramirez ft. Jorge Torres: “De Caracas a Medallo”. Colombian music with venezuelan Cuatro. Mixing of this pair of geniuses. I hope you enjoy it!

Lary Over in Tijuana, Mexico.

Double nomination in the Latin Grammy with the C4 Trio + Luis Enrique album “Tiempo al tiempo”, and the Payasitas Nifu Nifa “Bim Bom Bum!  album. Thank’s you for trusting your music and your art.

Honored to be able to accompany the Earthworks microphone brand with the Bolivar Phil symphonic project.

Happy to work with SanLuis on the US tour #OPUS of the great Marc Anthony. 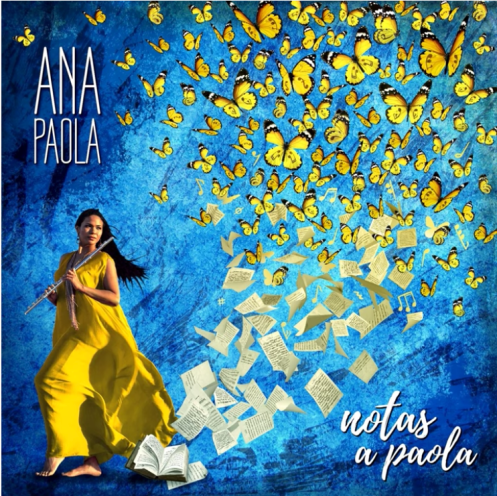 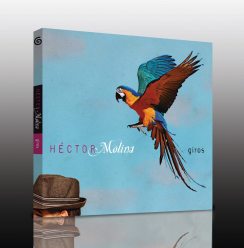 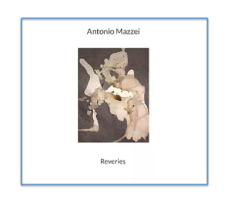 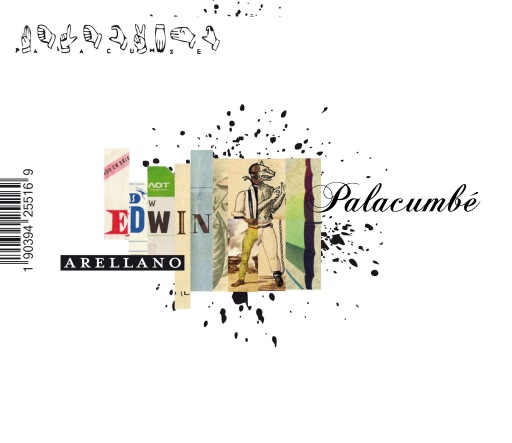 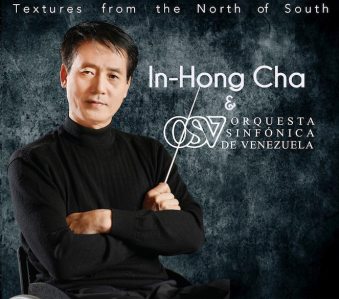 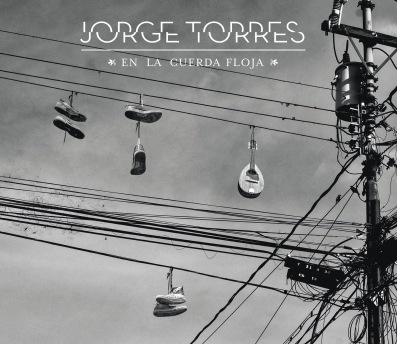 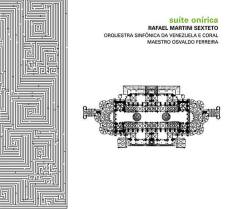 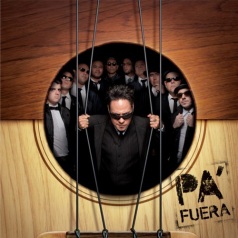 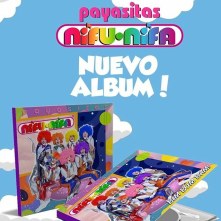 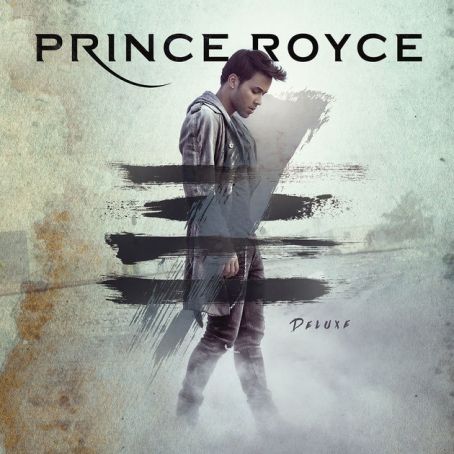 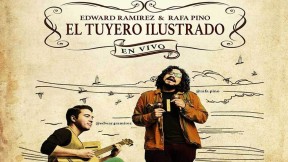 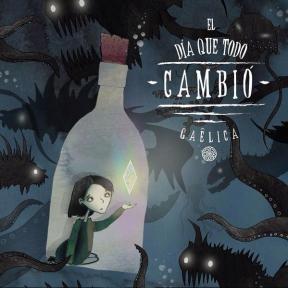 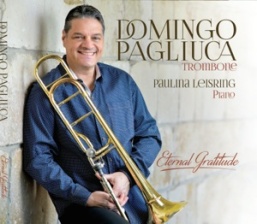